IMAX Panama / Check out this awesome  IMAX footage of Panama which is presented by the Hollywood star Morgan Freeman.

The Flag of Panama

The flag of Panama consists of four rectangular sections equal in size. The top left and bottom right quadrants are white in color, while he top right quadrant is red and the bottom left quadrant is blue in color. A 5-pointed blue star is located in the upper left corner and a 5-pointed red star is located in the lower right corner. The design, known as the Bandera of Panama in the Spanish language, was officially adopted on March 25, 1925. The current design is based on the original design of Panama’s flag, which was created by María de la Ossa de Amador in 1903. De la Ossa later served as the First Lady of Panama between 1904 and 1908. Today, she is often referred to as the “Mother of the Nation.” Flag Day in Panama is celebrated on November 4th, which is the day after Panama declared its Separation from Colombia.

(click on the colored buttons to open the PDF’s) 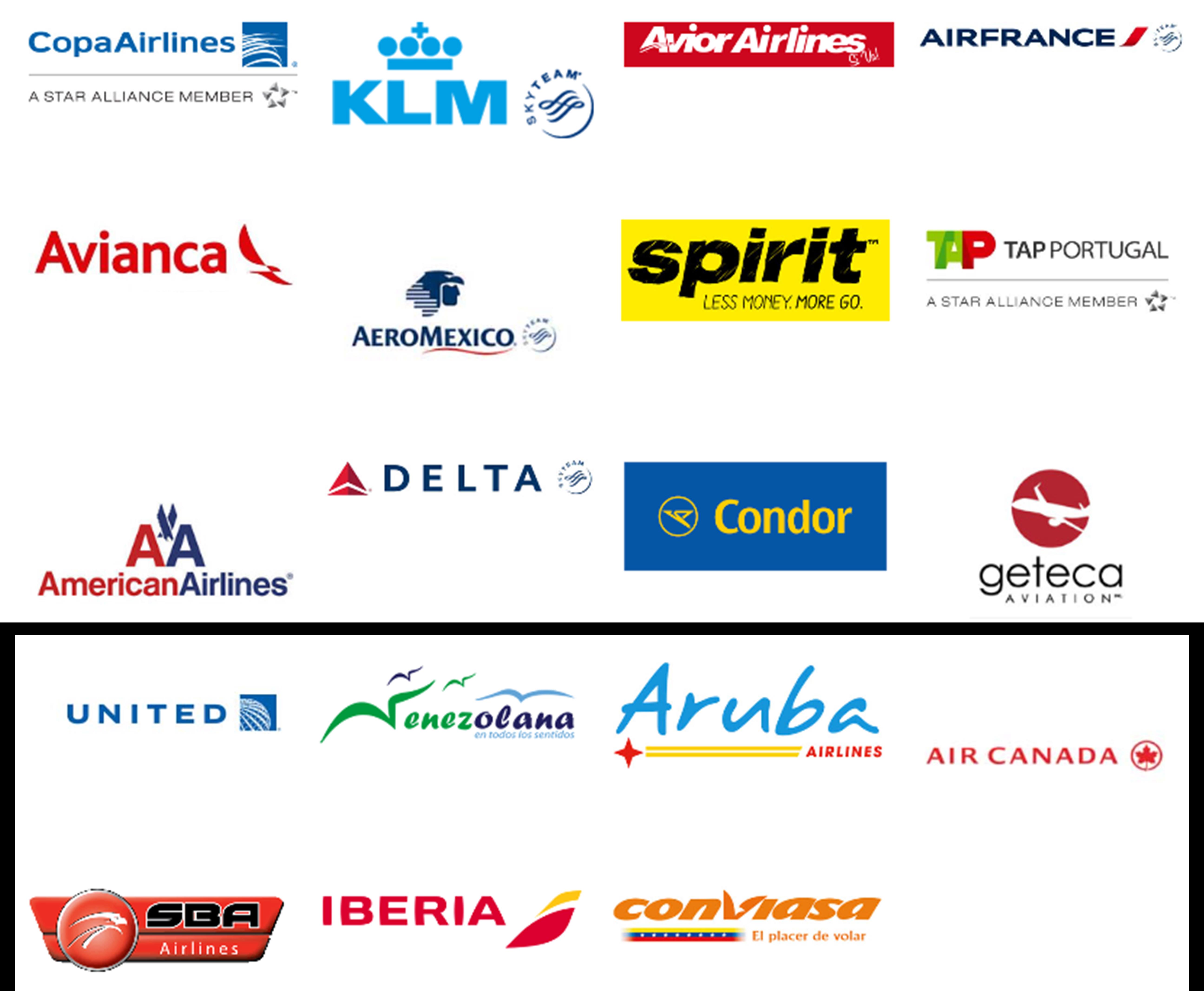 Direct flights between Denver, Colorado and Panama City with United.

Bocas del Toro Airport (BOC) is located in the town of Bocas and is about a one-hour flight from Panama City. Local travelers and tourists can also fly in and out of Bocas del Toro via Costa Rica.

For travel within Panama, Albrook International Airport (Aeropuerto Internacional de Albrook “Marcos A. Gelabert”) in Panama City also services many major cities and towns within Panama, including 2-3 daily flights to David with Air Panama. However, buses, taxis and rental cars are reasonable and secure forms of domestic transportation that make travel within Panama an enjoyable learning experience.

Copa Airlines (copa.com) is the largest airline here by counting the number of departures. With around 1116 scheduled take-offs every week.

Tocumen International (PTY) is the largest airport in Panama and is based in Panama City. You can fly to 87 destinations with 19 airlines in scheduled passenger traffic.

Destinations & flights. The most frequently departed route is the route to Bogota (BOG) in Colombia with an average of 64 flights from Tocumen International every week which is 5% of all weekly departures. There are domestic flights to David (DAV). The two longest flights are Panama City (PTY) to Istanbul (IST) which takes around 12 hours and 55 minutes and Panama City (PTY) to Frankfurt (FRA) with a flight time of 11 hours and 0 minutes.

Popular airlines. Copa Airlines is the largest airline here by counting the number of departures. With around 1116 scheduled take-offs every week, that’s about 32 times as many as the second biggest airline, AVIANCA. Larger aircraft on this airport are Boeing 777, Airbus A340 and the Airbus A330. The aircraft types with most scheduled flights are the Boeing 737 and the Embraer 19X/17X.

Longest flight. The route with the longest flight time from Panama City (PTY) is to Istanbul (IST) and takes about 12h 55min with a Boeing 787-9

Soho Mall Panama City – Tips Before You Go & See In & Out
The designer brand shopping Soho Mall is situated in the Banking area, right across from the iconic landmark F&F Tower.

View from Above- Panama
One place that harbours a particularly beautiful realty is the country Panama.

Pearl Island: Luxury Private Island
A lot of details about the economy of Panama and the modern infrastructure.